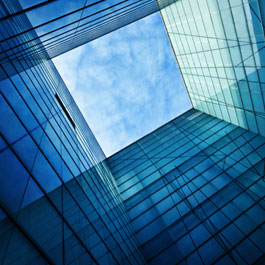 Economies have needed less energy to grow in recent years, especially in China and other developing countries, but more vigorous policies are needed to achieve climate targets, says new IEA report
As governments focus on implementing their commitments to save energy and reduce carbon emissions under the recently ratified Paris agreement, a new report from the International Energy Agency (IEA) highlights the progress made by energy efficiency policies around the world over the past year, particularly in China and other emerging economies.
The role of energy efficiency in the global energy transition is examined in the IEA’s Energy Efficiency Market Report 2016, which finds that its importance cannot be overstated. Simply put, there are no realistic or affordable energy and climate change policy without a sizeable and vigorous energy efficiency component.
Energy intensity — the amount of energy used per unit of GDP — improved by 1.8% percent last year, meaning the global economy needed less energy to grow. The improvement exceeded the 1.5% gain of 2014, and was triple the average rate seen over the past decade. What’s more, last year’s gains were achieved in spite of lower energy prices, which generally dampen the enthusiasm for energy savings.
However, the report also shows that while much has been accomplished, global progress is still too slow. Global energy intensity improvements need to reach at least 2.6% per year to put the world on a sustained pathway for a decarbonised energy system.
“Energy efficiency is the one energy resource that all countries possess in abundance,” said Dr Fatih Birol, the IEA Executive Director. “I welcome the improvement in global energy efficiency, particularly at a time of lower energy prices. This is a sign that many governments push the energy efficiency policies, and it works.”
Energy efficiency policies aim to deliver the maximum amount of social and economic benefit from the energy we use. For that reason, they are essential tools for government action that have a real impact on global energy demand. For instance, car fuel economy standards around the world saved 2.3 million barrels a day of oil last year, or 2.5% of the global oil supply.
Efficiency standards now cover 30% of energy use globally, up from 11% in 2000. IEA countries saved USD 540 billion in energy expenditure in 2015 as a result of energy efficiency improvements since 2000.
Intensity gains in 2015 were higher in non-OECD countries, which is a trend that is expected to continue. “The large emerging economies are moving to centre stage in the clean energy transition, and the fight against air pollution, driven by energy efficiency and renewables,” said Dr Birol.
One country in particular showed significant progress, China, where energy intensity improved by 5.6%. That was up from an annual rate of 3.1% over the previous decade, according to the report. China’s progress in energy efficiency is making its mark on global energy markets. Primary energy demand in China grew by just 0.9% in 2015, its lowest rate since 1997, while the economy grew by 6.9%. Without this contribution, the global energy intensity improvements would have been just 1.4% in 2015.
The IEA has identified energy efficiency as a critical “fuel” in the transition to a low-carbon economy. Its analysis has shown that over a third of all emissions reductions needed to reach climate goals by 2040 must come from energy efficiency policies. Efficiency gains in the IEA’s member countries were large enough to power Japan in 2015 making efficiency a critical component of a secure, sustainable energy system.
The report demonstrates the central role of government policy in driving energy efficiency. It shows that policies must be strengthened and expanded to boost the potential gains from energy efficiency. As part of its heightened focus on energy efficiency, the IEA has also introduced the Efficiency Policy Progress Index (EPPI), which tracks mandatory policies and establishes a baseline to monitor future progress.